Taking ownership of your first home is an exciting moment in anybody’s life, giving you a sense of freedom and independence that may have previously been missing.

Much has been said about the difficulties many Britons are having in getting on the property ladder in recent times. The economic crisis has resulted in many lenders tightening their belts and making it harder for young people to secure a mortgage, meaning they are forced to rent or stay at home with mum and dad.

But the good news is the latest statistics suggest a smaller sum of money may now be required to move out and into your own place, as more and more towns in the UK are becoming affordable. The Halifax First-Time Buyer Review has found the quantity of locations that are deemed to be affordable to somebody buying their first house is now at its highest level in a decade.

Indeed, 54 per cent of all local authority districts (LADs) across the country now boast affordable homes, up from 40 per cent a year ago. It is also significantly more than in 2007, when only seven per cent of LADs were said to be within the budget of those of you seeking a first home.

So, with an increasing number of places to choose from, more of you could be moving into new homes in the foreseeable future. With this in mind, it is worth starting to think about some of the home improvements you can have completed.

Calling in the builders, plumbers, electricians and gardeners soon after acquiring a property is a good idea as it will ensure you can get things just as you want them. Having work done on your garden will provide you with a beautiful green space in which to relax, while a painter and decorator can bring a breath of fresh air to your walls.

Alternatively, the fact your home may have been so affordable could leave you with some cash burning a hole in your pocket, so why not immediately boost the value of your property by turning to a builder to construct an extension? This will also have the benefit of increasing the amount of space you have available to you in your abode.

Research announced recently by Everest showed a third of all Britons are keen to make their homes look nicer, with women more likely than men to have work done. This illustrates there is a demand for home improvements among people in the UK, despite the difficult financial period.

The Halifax figures also show that the number of first-time buyers has increased in the last year, so there are plenty of you out there who have a new home that is perfect for the help and skills of a local tradesman.

Your best option is to visit RatedPeople.com and find yourself a professional tradesman who is fully qualified and recommended by others, giving you peace of mind that your home improvements will be completed to the very highest standard.

Post details of your job on RatedPeople.com and wait for highly-recommended local builders to get in touch with a quote. 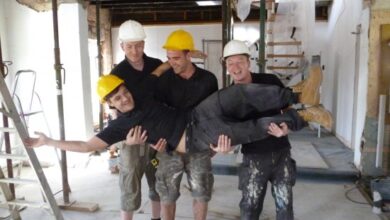 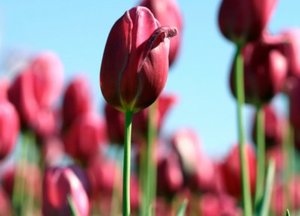 Now ‘is the most exciting time’ for gardening

Gardens the focus for many as summer weather arrives 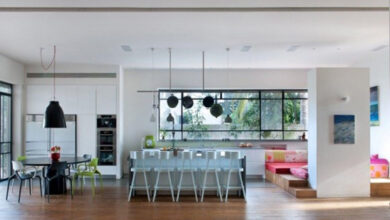