Most of us can walk through a town and point out the style of houses that we either like or dislike, although not all of us can put our finger on why that is, nor name the features that really make a home desirable to us. More and more of us are becoming interested in the history of domestic buildings and their architecture, with television programmes such as The Secret History of Our Streets reflecting our growing desire to become amateur architectural historians.

Knowing something about the age and history of your home is desirable when you are buying or selling, as well as when it comes to making any changes or repairs to a house. It can help you cut through estate agent bluster, as well as explaining what you want when you speak to a builder or visit a DIY outlet for materials.

A small number of homes (usually listed buildings) are from early periods of architecture, with a few Tudor or vernacular homes surviving and still in use. But most homes we live in will be from the Georgian period, which includes the reigns of George I to George IV in the UK, from 1714 to 1830.

The period encompassed a lot of change in styles, but you may recognise divided sash windows with six to twelve small panes making up a single window, or the simple design of box-like buildings. The late period of Georgian architecture includes the more showy Regency style, which is associated with bow-fronted buildings and exotic touches, such as you may see in seaside areas like Brighton. Bath also has some more opulent Georgian architecture, in the shape of its famous curved terrace, The Circus.

Victorian architecture (1837-1901) developed the ideas of late-Georgian architecture, although it did start with a revival of Gothic architecture. This look back to a style popular from the 12th to 16th centuries explains the design of a lot of churches, as well as the odd ghostly-looking home in your own neighbourhood, but the Arts and Crafts movement, Tudor and Queen Anne revival made things more cheerful.

The Victorian period coincided with large-scale industrial advancement, so new materials started to be used in buildings, including ironwork. It also brought with it the large terraces of Victorian homes that grew up around railway tracks and factories. These were often plain in style but local builders would add motifs or design tics, such as tiled paths or porches, to make their homes more desirable. The same applied inside, with those now in-demand ceiling roses and decorative fireplaces later being the victims of a post-war dash for modern living.

Modernism itself was most notably reflected in the UK in the shape of Art Deco style, although some true Modernist homes were built from the 1920s onwards, which were usually more boxy than the elegant cruise ship lines of Art Deco. The period between the wars also saw the rise of the semi-detached and the mock Tudor suburban home, yet early housing estates also started to spring up, with the identical ranks being carried on after the end of World War II in 1945.

Modern blocks of low-rise flats usually date back from this period to the 1970s, with many having interesting Art Deco-inspired windows and features. As with many decorative features however, these have regularly been replaced as they were too expensive to maintain or repair to modern standards. Many more modern blocks will have such problems, with poor quality cladding being something to look out for, whether you are a freeholder or leaseholder.

The current UK architecture is best described as a mix of all the previous styles, with no one style holding sway, whether that is in urban settings or on the edge of towns in small commuter estates. This could be said to be a result of the British love for nostalgia or simply our refusal to embrace modernism. Of course, others may suggest that we are simply following an ‘if it ain’t broke, don’t fix it’ approach to style, with Victorian and Georgian housing still demanding a premium. 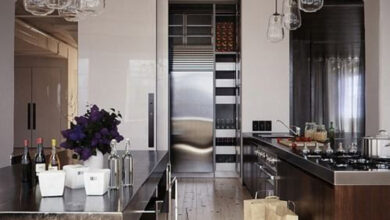 How to Deal with Noisy Neighbours 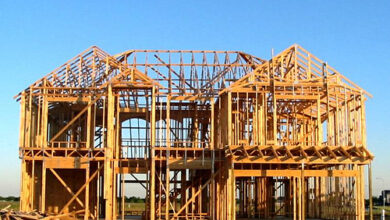 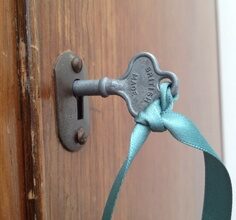