Wander around the streets and look at current housing developments, or cast an eye over any estate agent’s window, and you will see houses that look very similar to the one that you are currently living in. Us Brits love Victorian housing stock, can get very excited over Edwardian townhouses and often dream of retiring to a property with original Tudor beams. Many of us are still wary of modern houses, despite the fact that what most of us consider as modern is design from as far back as the 1930s.

Flat roofs, white stuccoed walls and curves are enough to put many off, never mind the solar panels, glassed walls and metal exteriors of 21st century architect-designed homes. So our new housing developments and individual homes often come across as a kind of Tudor-Victorian-Edwardian crossover. The 16th century, 19th century and early 20th century combined, with none of the influences under 100 years old. So, why do we distrust modernism so, when other European countries have embraced angular design, brightly-coloured exteriors and flat roofs? One reason could be World War II, which both interrupted the spread of modernism and later influenced how it was seen.

Jewish architects fleeing pre-war Germany had been influential in early modernist architecture in the UK, with landmark buildings like the Isokon (below) in northwest London still being revered today. But the modernist buildings put up after 1945 were usually social housing projects on bomb clearance sites rather than individual homes. The architecture became seen as municipal and low-grade and therefore not desirable.

Poorly-constructed flat roofs could not cope with British rain and the image of stuccoed or non-traditional concrete builds was further damaged by the construction of poor quality tower blocks in the 1960s. Brits liked visible brickwork, the windows in the right places and a pitched roof for the water to run down. Art Deco and modernism was strictly for cinemas and the odd shopping arcade.

These interlopers were altogether too European for our tastes, with the outstanding indivisual examples overshadowed by the relatively few poor projects. So we reverted to what we knew.

We may enjoy watching TV shows such as Grand Designs, but we don’t want a nation of white cubes where once stood Victorian terraces.

One thing that our national distaste for modernism has ensured is that the supply is small, so modern properties have become an exclusive product and demand a premium from enthusiasts, with specialist estate agents dedicated to selling these homes. Whether this relatively small market is a good thing or a shame is very much down to your own taste. Let us know your thoughts on modern properties and why they are or are not the thing for you.

See your home through the eyes of others, sellers advised 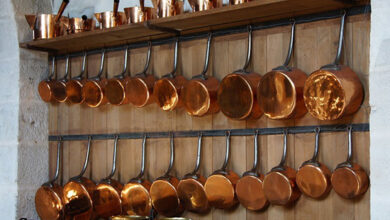 How to Design a Kitchen for Cooking 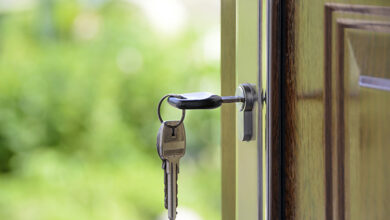 7 tips for an easy house move