Ask any child to draw a house and the chances are that they will top off their drawing with a chimney, perhaps even with a few wisps of smoke emerging from it. Brickwork, windows, door, roof and chimney are largely what even adults think of when you say ‘house’, although the chimney is becoming less and less a part of that mental picture.

The chimney started to live on borrowed time from the 1960s, when gas fired central heating and the new gas fires started to hold sway in our homes. Many of them are simply decorative objects now, with numerous examples falling into disrepair and causing headaches for homeowners. A Victorian home may not look like a Victorian home without a chimney atop its roof. But do you really need yours?

If you do not have an open fire or stove then the chances are that you are not using your chimney. But you should always check before you think about getting rid of it. Many older gas central heating systems can run off a ‘back boiler’, which will use the chimney as a flue. This system uses the chimney much as it was used when it was the flue for a real fire, allowing carbon monoxide to escape as the gas is burned. This may be the case even if you cannot see an identifiable chimney breast.

Of course, you should consider planning issues if you want to get rid of a troublesome or damaged chimney. You may be required to keep the pots if you live in a conversation area or if your home is a listed building. If this is the case then you could be risking a fine or an order for remedial action should you remove the chimney.

When thinking of getting rid of a chimney, always consider the pros and cons, especially when it comes to maintenance and cost. A crumbling chimney can be pricey to have rebuilt, repaired or repointed, but having it torn down and the hole it makes plugged can be equally expensive and may cause more problems than it solves. If the job is not done well you may also end up with damp problems, with a poorly-sealed off chimney allowing water in while not allowing air out. It could also put off future buyers who want to reinstate a real fire.

The main reasons for removing a chimney are that it is leaning badly or the pots and chimney stack have become damaged or unstable for some reason. This is usually down to ageing or extreme weather, such as gales or evening lightning strikes. If only the chimney pots are damaged, cracked or leaning then it may be possible (and certainly less expensive) to remove those and leave the chimney stack in place.

If, on the other hand, you have a serious problem with the whole chimney stack then it may be more economical to simply bring it down. Re-pointing or rebuilding a chimney can cost around £1,000. But demolishing a standard chimney and capping the roof will cost about the same. That said, you may be able to negotiate a cost for the job where the builders are allowed to keep the bricks they remove, especially if your home is Victorian. They can then use them for restoration jobs elsewhere. You could also choose to keep the chimney pots for use as decorative planting features in your garden.

Taking an ‘if it isn’t broken, then don’t fix it’ attitude to chimneys may be the best approach. Have work undertaken or a chimney removed if its condition requires it, but always use someone who is experienced in this line of work. Chimneys are large, heavy structures and certainly not something for the amateur to attempt to bring down.

If for some reason you simply don’t like the look of your chimney then take some comfort in the fact that you don’t really have to look at it much. Leaving it well alone will save you money in the short term and the long term. You may even decide to install a real fire one day. 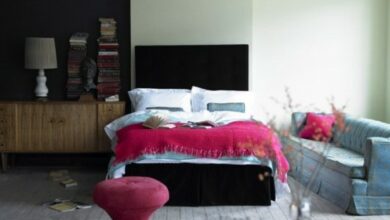 Tips for Creating a Cosy Home 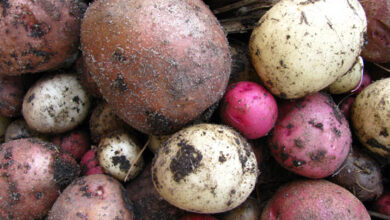 How to… create a no-dig garden 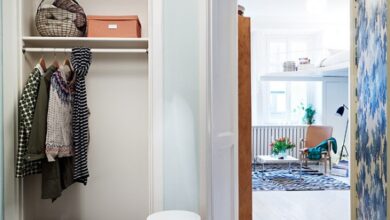 How to Decorate a Hallway