Now and Then, set in Georgia, a coming-of-age movie starring a group of young American girls enjoying their summer-break, showcases brilliant 1970’s design. Often referred to as the decade that style forgot, the 70s is becoming better known for being ‘retro’ or ‘kitsch’. Bring back the geometric patterned wallpaper, clashing colours and rounded edges!

Now, I’m not suggesting we live in a museum of technicolour, but perhaps it’s time to inject some fun back into interior design. This movie is a museum to the best (and the worst) of the 70s, from the outfits to the wallpaper, it is a kaleidoscope of pattern, colour and inspiration. 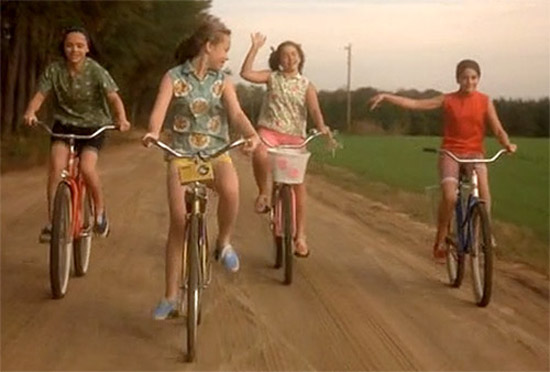 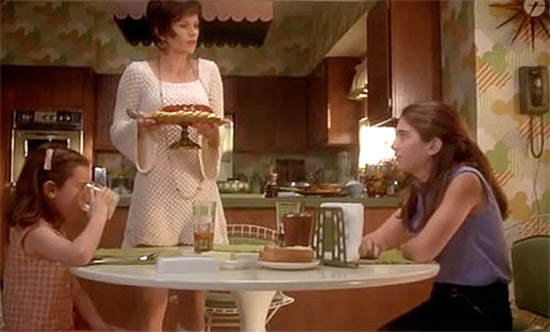 The 1970s, much like today, was a time of recession and austerity, a theme that was contradicted in people’s homes: decadence, camp-colours and futurism were all the rage. The 70’s were about playful rebellion, experimentation and hippies, inspiring the back-to-nature movement and rejecting consumerism — sounds familiar? 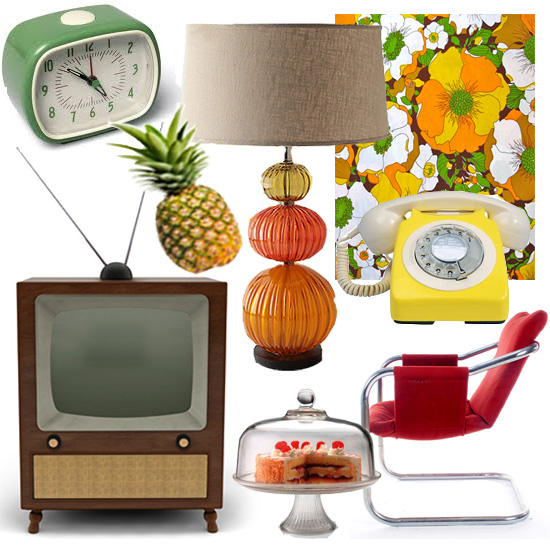 It’s easy to dismiss the 70s as a design era, but there are more similarities and influences between now and then than you might think. We take inspiration from open-plan living which originated as a concept in the 1970s (the kitchen-diner above), as did large glazed windows, floating staircases, interior second-floor balconies and kitchen islands. Of course there were some bad design schemes that still haunt us, such as the avocado bathroom suite, pinewood panelling and carpeted bathrooms, to name but a few. However, where would we be without the shag rug? 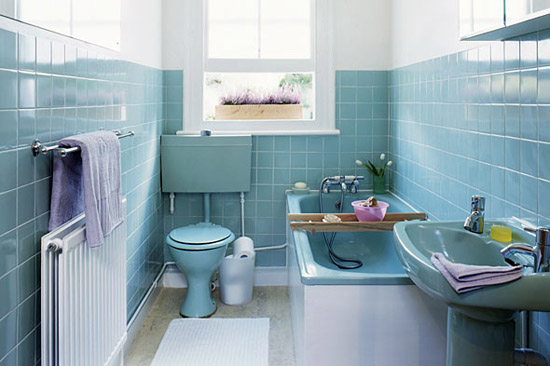 If you want to embrace the best bit of 1970s design, forget the accent colour and opt for an explosion of colour. This doesn’t necessarily mean multicoloured patterned wallpaper and clashing table lamps. Statement furniture and big, bold colour accents are the way to go to inject some hippie happiness inspired style. 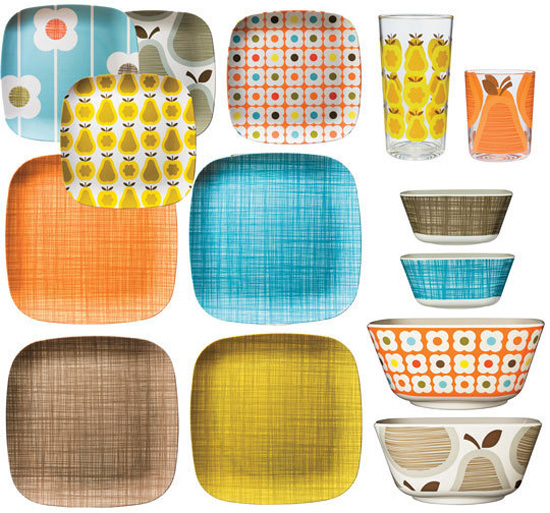 Orla Kiely’s homeware takes reference from the decade and these plates and bowls wouldn’t look out of place in a modern high end kitchen. 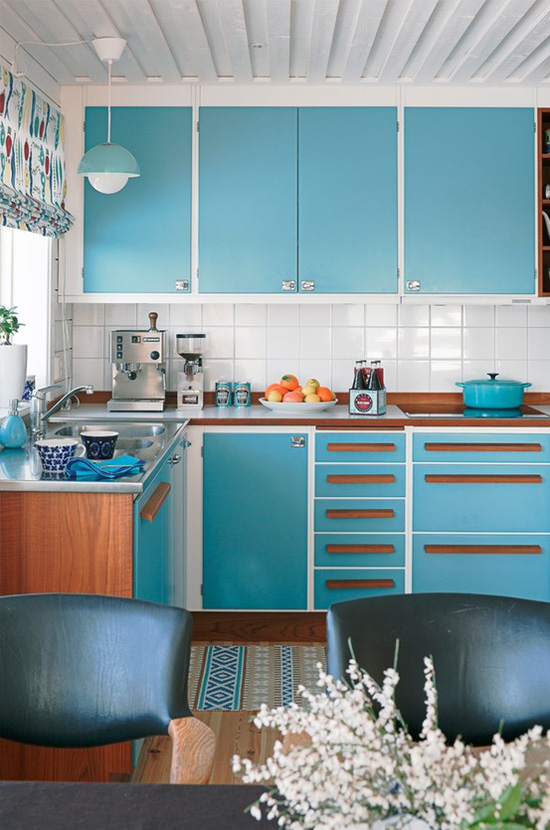 This 70s inspired kitchen proves that the retro-revival is a winner! 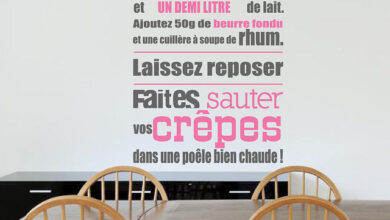 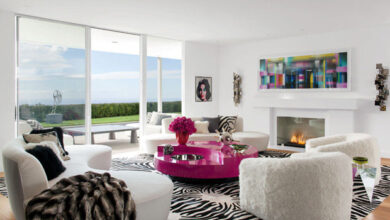 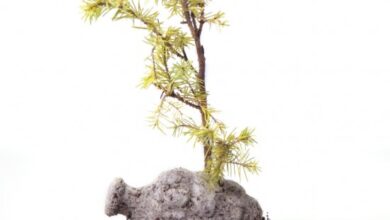