We normally write about strangers’ home improvements, but this time, it’s about my boyfriend’s renovation. He has been refurbishing his flat since March and it’s been an exciting journey. It looks completely different now; the bathroom has been moved from the bedroom to replace parts of the kitchen and a study and closet area have appeared in place of the old bathroom. Looking at the before pictures you won’t believe it’s the same flat. I now understand why so many people get drawn into DIY and home improvement.

The flat’s not finished however, here’s where we’re at today. 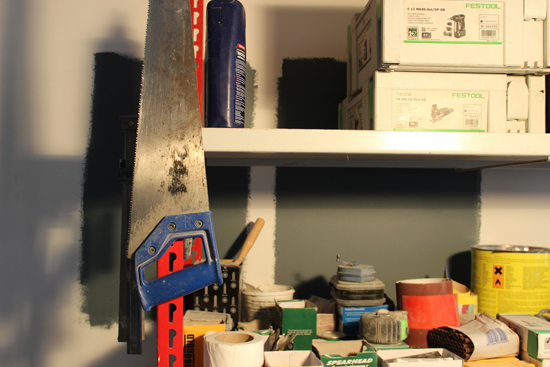 These are the proposed colours for the living room walls. The interior designer advised that blue/greyish tones work well in period properties and will look really elegant. One concern my boyfriend has is that it will look too dark and shrink the living space, therefore, as a compromise, he chose to only paint one wall instead of the entire room. 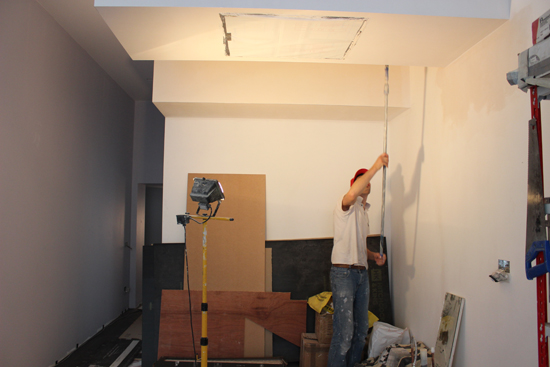 Since the flat is open plan and joins the living room and kitchen together it means that the paint will be exposed to all sorts of wear and tear.  As the paint is washable, it has to be treated with a pearl-like finish to keep stains at bay in the kitchen, but in the living room there’s a matt finish. 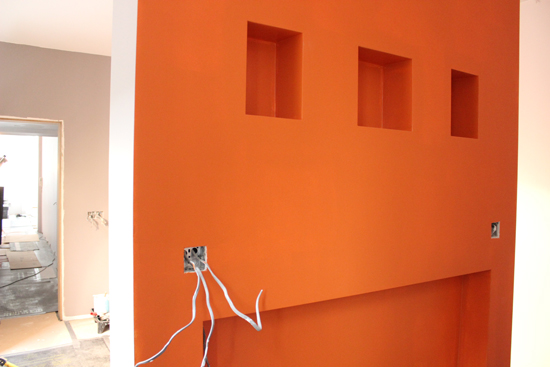 At first I was extremely sceptic when this orange wall was introduced, but now I think it’s my favourite feature. The rest of the flat goes in grey and earthy shades and to be honest, that can look a bit dull. The orange however, makes it playful and shows a bit of character. This is where the closet space will fit so it’s not visible to everyone, which might be a good thing as I’ve heard that people either love or loathe orange! 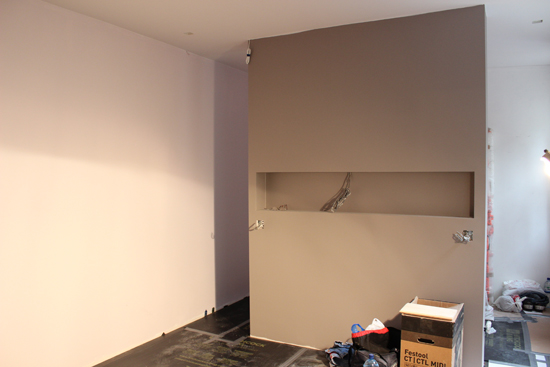 The bedroom will see a massive black and white photograph above the bed. The interior designer therefore suggested to paint this feature wall in an earthy colour, because this is the colour to complements monochrome images. Choosing the right shades and hues is incredibly difficult and without a professional the flat wouldn’t have looked nearly as nice. 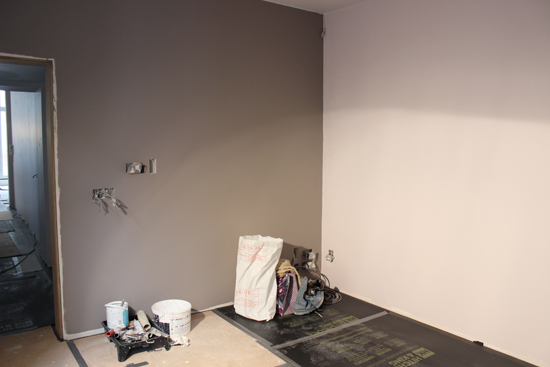 The bedroom has probably undergone the biggest change as it used to be minuscule. A bed and a few shelves were the only things that fit. By moving the bathroom and knocking down a stud wall: a study, bedroom and closet space opened up. Under the study the builders have built steps that lead to a storage space. The study area used to be a staircase leading down to a door, which wasn’t in use. As such it was a wasted space, but now all bulky things such as suitcases and ski equipment can be stowed away. 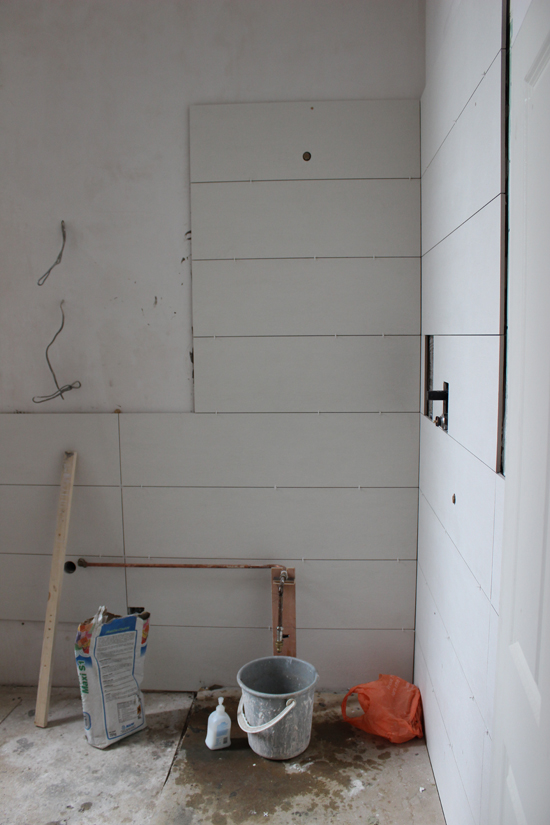 The flat has amazingly high ceilings and nowhere is it more noticeable than in the bathroom. This is where the old kitchen used to stand so there’s even a large window to let in a lot of light. The window will obviously have to be covered by some form of frosted film so people from the street can’t look in. The ceramic tiles look like they’re made of wood and have a really nice rough finish. In fact, they will match the kitchen cupboards, which have the same look and feel. 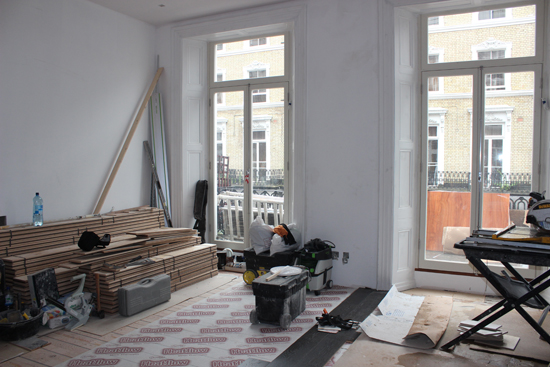 The best part of the flat is the insulated floors, walls and ceiling. The road outside is quite busy, but you can only hear a faint buzz as a car whizzes past. You can already feel that it won’t be a draughty flat, which hopefully means that some money will be saved on energy bills!

I’ll post more updates soon when the painters have finished painting and the wooden floors have been put in place. Exciting times ahead, at least for my boyfriend! 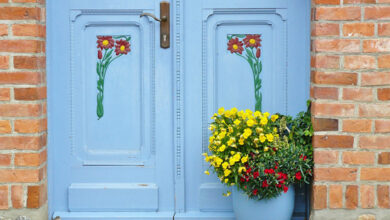 How to Paint a Front Door 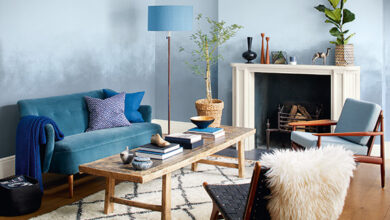 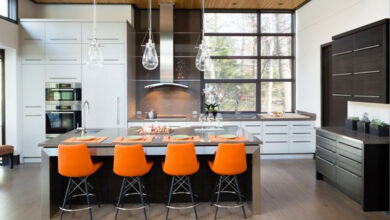 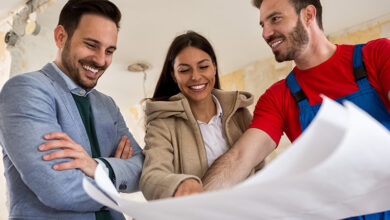 Preparing for home improvement work in your home