Mould isn’t just a cosmetic problem, it’s linked to severe respiratory problems such as asthma. Many people are unaware that they’re living with mould in their homes, so it’s very important to watch out for any warning signs. 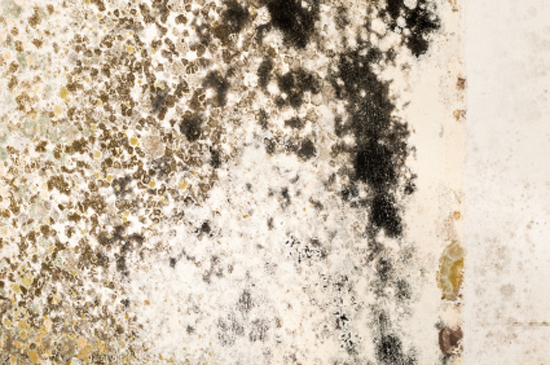 Older houses are more prone to mould problems; a lack of insulation, ventilation and extractor fans create ideal breeding grounds for moulds. This is a very current problem in my local borough of Hackney. The Geffrye Estate in Hoxton was one of the first council housing projects ever built, and as a result, the buildings are struggling with their inhabitants’ modern lifestyles of power showers and carpeted bathrooms.

As a result, Shoreditch Citizens are currently taking on Hackney Homes. They are lobbying for improvements in conditions for local residents, many of whom are suffering so badly from mould and condensation that their mattresses are wet! The British weather provides a constant environment for damp-loving mould.

Unfortunately, mould is not only limited to council flats in Hackney, it’s happy in any unventilated house, however grand or typical it may be. An example of this is that Hollywood star Brittany Murphy and her husband’s deaths were linked to mould in their LA Mansion. It shows that mould really is a killer.

Spotting mould – the warning signs are:

An odour: mould can live behind walls and wallpaper so if an usual smell appears don’t discount it. The appearance: this is common in the bathroom but perhaps a little harder to find in the cellar. Mould likes damp areas so keep an eye (and nose) out for the signs.

The question is what to do if you find mould? Treating the mould is essential, a number of different solutions can be used to remove the nasty stuff but sugar soaps works well and is in most people’s cupboards. If the mould is really bad it is a good idea to also treat the area with an antifungal wash and re-paint with paint mixed with an anti-mould additive.

However if this is all you do Mr Mould will be back! Things to remember when do home improvements to keep mould at bay:

–          When installing a shower ensure a appropriate extractor fan is fitted

–          Trickle vents in windows to aid circulation and avoid condensation

This is a serious issue, if you have children with asthma think carefully about how you control a mould problem and actions you can take to prevent or limit one. If you have a critical mould problem post your job on Rated People and we will put you in contact with a trusty tradesman to help you out!

Apprenticeships ‘must be a priority’