Home improvement TV shows are becoming more and more popular. The tap tap sound of a presenter knocking on a wall to judge whether it’s load bearing on not, is becoming all too familiar. A simple tap tap may reveal the wall to be a stud partition, but this isn’t enough to determine whether you can take a sledge hammer to it.

Stud partition walls are made from a timber frame and overlaid with plaster board, these often are non-load bearing walls, which are easy to remove and ‘make good’, but, plumbing and wiring can be hiding behind these walls! Unsuspecting DIYers often get a nasty surprise when they try to knock down a wall on a Sunday afternoon. And it’s not just partition stud walls that have been taking a hammering from over enthusiastic would be DIYers, brick and block partition walls have been tumbling too, often with disastrous results.

It can be difficult to determine whether a wall is load bearing, all walls looks the same, unless you’re a structural engineer. Which is why before removing the stud wall, Alan consulted a structural engineer who reviewed the house’s original building plans, confirmed that it was a supporting wall and would therefore need to be reinforced.

Is the wall a load bearing wall?

Load bearing walls are the structural elements of a house which transfer a load between two points and down to the foundations. Removing a load bearing wall, without proper structural support to replace it, can prove disastrous not only short term, but – that is if it remains standing – if/when you decide to sell it in the future.

By not having a potentially load bearing wall inspected, prior to removing it, you risk the ceiling above bowing or worse still… collapsing! An inspection will cost a few hundred pounds, but it’s better to be safe than sorry. You can reduce this cost by removing the dry wall or plaster yourself.

Television shows may make it look easy but, unless you can be certain that the wall you’re removing is structurally insignificant, it really is best to leave it to the professionals.

If you’ve been considering removing a wall to open up a room in your house, instead of resorting to the tap tap method post your job for free on RatedPeople.com. We will put you in contact with up to 3 tradesmen who will quote for the work, you can review their ratings online and select the right tradesman for you, safe in the knowledge that they know their timber studs from their load bearing partitions. 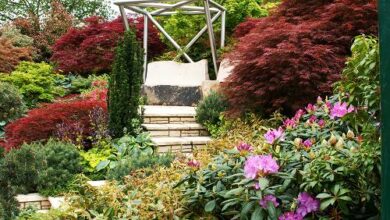 May is “packed with opportunities” in the garden

How to Let More Natural Light In