Any new relationship can have its ups and downs. Your relationship with your tradesperson can have its own challenges and knowing how to behave towards each other is something you both need to get to grips with in order to set the right tone for the relationship from the very beginning.

Whether you are awkwardly hovering over your tradesperson with offers of tea, or as a tradesman wondering whether or not to take your shoes off in the house, the vast majority of both homeowners and tradespeople can have certain habits that irritate each other.

It’s difficult enough dealing with the project at hand to be second guessing how you should and shouldn’t behave, so we’re giving you the top habits that homeowners and tradespeople find most annoying about each other. So take note!

Show me the money

Homeowner faux-pas no.1: The single most important factor when having work done on your house is paying the tradesperson as per your agreement. Late payment, or not receiving the agreed amount for the job, is something that over a fifth (21.2%) of tradespeople said they find annoying about homeowners.

The Solution: As a homeowner, make sure you understand the costs involved in delivering your project by discussing the details with your chosen tradesperson at the beginning for maximum transparency. And when you have agreed a payment plan, make sure you make the payment if the work has been delivered as requested. For more tips on finance, check out our Homeowner Checklist here.

Homeowner faux-pas no.2: Our survey revealed that 35.4% of tradespeople get annoyed about the unrealistic cost expectations homeowners have when they request a quote for their project.

The Solution: It is only natural that when considering a tradesperson, you will already have an idea of how much you are willing to spend on your project. You may have compared your requirement with a similar job your neighbour, friend or family member may have recently had done. Although this is logical, many homeowners don’t realise that small changes or additions to a project can significantly add to the costs.

If you’re on a budget, or unsure about how much something’s going to cost, get a good few quotes from various tradespeople to paint a clear picture of how much you’re going to need to spend as opposed to how much you think you will need. Also check out our Cost Guides to help set an initial budget. Most importantly, ensure that you get clarity from your chosen tradesperson as to why the costs are different to what you expected – this way, you’ll be better prepared.

Tradesperson faux-pas: Over-charging. It’s an issue for 37.8% of homeowners, and it’s easy to see why!

The Solution: As a tradesperson you will have your quote scrutinised by the homeowner to a level that you may find irritating. You may think that they have no understanding about the work and costs involved in delivering the project and that they should trust that you are quoting a fair price. It’s possible that a homeowner will ask for additional changes that can ramp up the costs during a project and then complain when the price is not in line with what they think it should be.

It is important to remember that how you treat the homeowner during these testing times affects the level of trust they have in you throughout your relationship with them. The homeowner knowledge gap can create unrealistic expectations on how much things cost and this can lead to claims of being overcharged. Always take the time to calmly explain the costs to your homeowner making them aware of any potential increases to the final budget before you action their request. This transparency will lessen the chance of arguments or tension over costs throughout your relationship with them.

The Solution: It can be alarming when something goes wrong with your home especially when you don’t have the experience to judge how bad it is and if it’s going to get worse quickly. It’s easy to over react in this situation. There is absolutely no harm in expressing that you want the job done quickly but it is important to also stay calm and think logically about whether the work can wait a few days so that your chosen tradesperson can fit it into their schedule. Good tradespeople always do their best to accommodate your needs when possible but they are also working to timelines they have agreed with other customers.

Homeowner faux-pas: Almost half of all tradespeople surveyed (45.6%) said one of the most annoying things a customer can do is constantly watch them while they work.

The Solution: No one likes to be watched whilst they work. Tradespeople are no different. So leave them to do the job you hired them to do. This doesn’t mean to say that you can’t check in with them every now and again to see how it’s going – it is your home after all – but less is more in this instance. As we all know, a happy working environment is a productive one, so keep this in mind and avoid peering over your tradesperson’s shoulder and distracting them with questions.

Do as I say

Homeowner faux-pas: Nearly a third of tradespeople (32.2%) said they find it annoying when customers offer advice or instruct them on how to do the job they’ve been hired to do.

The Solution: We get it. It’s your home, your project and your budget so you don’t want anyone coming in and doing things the wrong way. However, you’ve employed a fully-qualified tradesperson for your job, so listen to the advice they are giving you and then leave them to do the job. The survey results are clear – tradespeople don’t like being watched or being told how to do their work properly – so give them the space to complete the job for you without interruption.

If on the other hand, you are worried about the way a tradesperson is doing the job then ask them to stop and explain the situation to you. There is no point silently fretting and paying for the work only to then complain when the tradesperson has left.

Too little, too late

Tradesperson faux-pas: Over half of homeowners surveyed (53.7%) said it annoys them when tradespeople don’t turn up as arranged, with over a third (34.1%) citing their being late as one of the most irritating trade habits.

The Solution: Be on time! If you’re going to be late, be courteous and call the homeowner. You are not the only one who is busy and often, homeowners do take a day off work to wait for a tradesperson to turn up as arranged. Remember that first impressions last, so being late before starting the project affects homeowner trust instantly and can be a reason behind you not winning the job. This in turn will affect your business reputation. Think of your ratings!

Not up to scratch

Tradesperson faux-pas: The work not being completed to a satisfactory standard was cited as one of the top annoying tradesperson traits by nearly a third (30.5%) of homeowners.

The Solution: Regardless of the size of the job – whether it’s tiling a floor or building an extension – managing the homeowner’s expectations in terms of the end result is paramount to you leaving them satisfied. As a tradesperson, before getting annoyed with a homeowner who is complaining about the standard of your work, step back and take a look at the finish. Is it really as good as it could be? Did you rush it because you needed to get to another client? It’s important to be realistic and to think about the reputation of you and your business. If a homeowner is not happy, first understand what it is they are not happy with and then offer to rectify the problem.

There is a message here also for homeowners. If you decide to go against the tradesperson’s advice or cut corners, choosing items and materials based on price rather than quality then you are not always going to get the finish you want. It is also likely that the end result, even if it does look good, doesn’t last as long as you want. Your tradesperson can advise you on where you can save money. 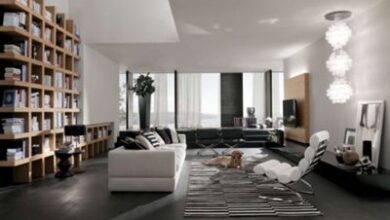 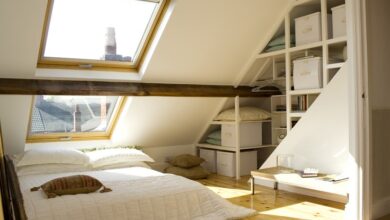 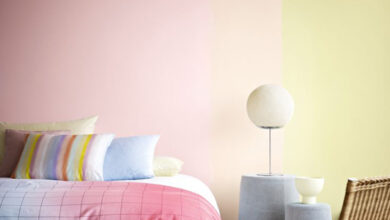 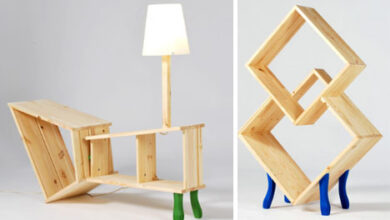