The show gardens quite often steal the show at Hampton Court Palace Flower Show but this year, I found that the conceptual gardens were forces to be reckoned with. This year’s theme is ‘Sensations’ – the art of feeling and, quite often, reacting to something that you come into contact with. It’s another reason why I love garden season. Not only do we get to see some fantastic looking plants and outdoor spaces, we get to see fantastic looking plants and outdoor spaces that provoke an emotional response. Take a peek at three of the gardens below and let me know what you think of them!

SMART Vision Garden: Having the vision to see beyond mental illness 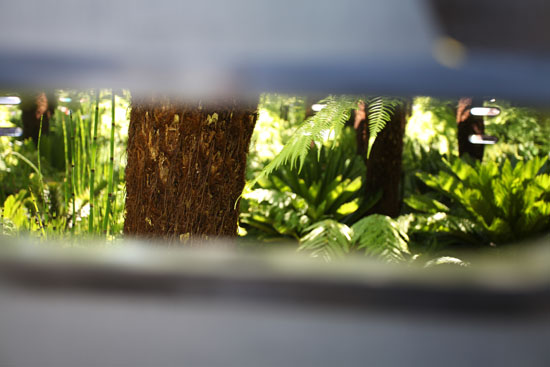 Upon first glance, this garden is bizarre and doesn’t actually appear to resemble a garden at all. A high walled structure is covered in hazard tape and is really rather off-putting and intimidating. That, it turns out, is exactly the point. Designed by Steve Smith, the garden acts as a metaphor for common attitudes towards mental illness. Just like the structure, we view mental illness as something to be afraid of and avoided. Steve’s work encourages us to look beyond the boundaries of limited thinking that society is putting in place; giving ourselves the vision to see beyond the label that we’re tarnished sufferers with. 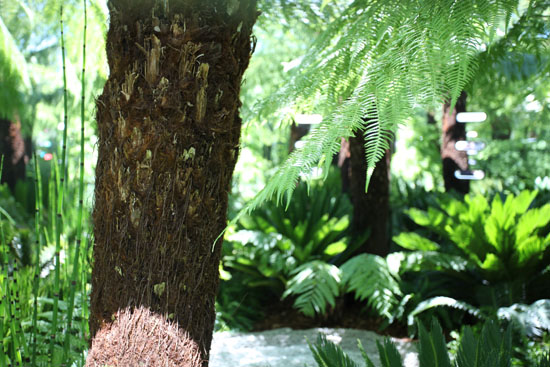 As I walked up to the structure, I wasn’t sure what I’d find and wondered whether that was, for want of a better phrase, “all there is”. What I found were peep holes and looking through them meant that I opened myself up to a lush, green garden full of ferns like the lady fern, hard fern, soft tree fern, royal fern and autumn fern. All of the plants have existed for millions of years, reminding us that nature can thrive even in the hardest of conditions, if it’s only given the chance. 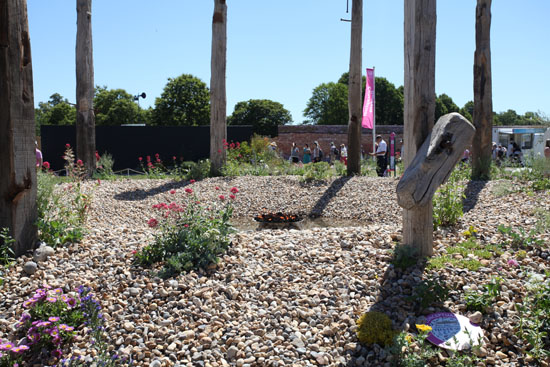 Having lived in Bath for three years of my life, I’ve driven past Stonehenge more times than I can count. That’s probably the reason why despite its medal, I just couldn’t identify with what seemed to be a second rate copy of the site. What I did like though was the feeling it evoked –although I can’t be sure that I wasn’t just feeling nostalgic for a part of England that was at one time, home.

Andy Hyde & John Humphreys have designed a garden which creates a sensation of well-being, calm, stability and balance. Henges are known as spiritual structures which are believed to have enabled us to predict events like eclipses, the solstice and the equinox. They’re places of tranquillity, and so a henge design was a safe bet for exploring the themes of peace and harmony. Sea sculptured groynes were used to create a henge, which was then decorated with a beachy, flower surround of yellow horned poppies, sea kales, sea holly and sea peas, to name but a few plants. While not my cup of tea, I have to admit that the design is striking and forces you to connect with nature. 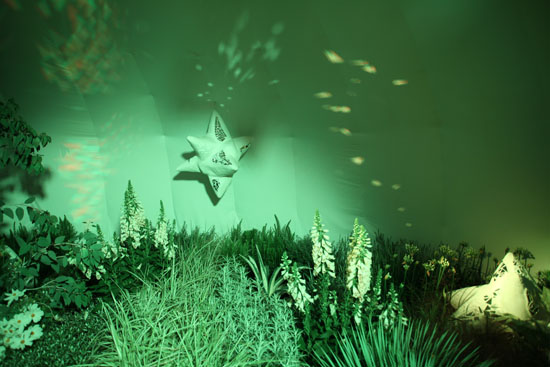 Last but not least is the Synaesthesia Garden. Most of us are used to focusing on one sense at a time but those with the synaesthesia trait have the ability to tie one sense with another, where stimulation of one sense leads to an automatic, involuntary second sense. So, for example, you could hear a musical note in colour, or taste a word. The thinking goes that we were all born with the trait but it disappeared as we developed and began to make sense of the world and our surroundings.

Designer Sarah Wilson has created a walk-through experience to give us a sense of what everyday life might be like for a synaesthete. A white dome represents the inside of a synaesthete’s head and as I made my way through the dome, I was surrounded on both sides by a garden which is drenched in different colours in response to trigger words and music. A star shaped sculpture reflects light, representing the electrical activity which occurs in the brain once it’s stimulated in some way. The one downside was the difficulty to see the plants clearly but it was a garden that encouraged me to think and feel in a way that I’d never been encouraged to before.

Hampton Court Palace Flower Show runs at London’s Hampton Court until the 5th July, 2015. If you get a chance, I’d definitely recommend heading over and seeing the gardens in person before the weekend’s up. If you’re feeling inspired and want to give your own garden an overhaul, post your job to find a garden designer to help. 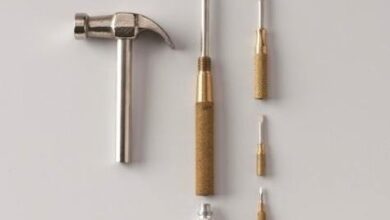 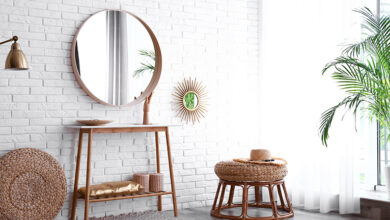 Paint your home yellow for maximum style this summer