This August sees the release of Sin City 2; a follow-up to the 2005 classic, starring Bruce Willis and Jessica Alba. Not since Tim Burton reworked Batman in the late ‘80s have we been treated to such a frenzy of comic book flair. What many don’t realise, though, is that its sultry style started life in the 1940s.

Classic film noirs were hardboiled crime capers, shot on low budgets and starring unknown actors. High-contrast lighting left much of the screen in darkness; giving noir its name and disguising the modest film sets. But the look that they captured was effortlessly cool, making film noir inspired interior design popular.

Art Deco was the style of the post-war era, with designers using bold, geometric shapes and modern materials. There was a fixation with streamlining – not just with cars but furniture, too. The rounded frontage of this ‘40s-inspired drinks cabinet is a beautiful example and a fitting home for that ubiquitous bottle of bourbon.

Early noir was always shot in black and white; not because colour film didn’t exist, but because it cost so much more. We’ll never know the true colours of the original films but it’s certain that stark contrast was the order of the day. This elegant chaise longue would be an ideal perch for a calculating femme fatale and it has all the genre-defining monochrome you could hope for.

In the shady underworld of the private detective, what’s hidden is just as important as what you can see. Who was that man behind the frosted glass? Or the shadow reflected in the mirror? An essential prop for any noir film set, and handy for keeping an eye on your house guests too!

Shadows are a hallmark of film noir and using small, single bulb light sources helps to keep them crisp and well-defined. No interrogation would be complete without a formidable desk light and this adjustable gooseneck model is a functional, vintage classic.

Sheer fabrics and stained and frosted glass perfectly lend themselves to shadow play. The ‘Private’ legend on this reclaimed, glass-panelled door gives a nod to the offices of film noir investigators; in this case, playfully repurposed for a bathroom.

Film noir used structures like stair rails and window frames to create long, spidery shadows that spread across the room. Furniture with spindles, mesh and metal framing can achieve the same effect, albeit on a smaller scale. The shapes in this vintage magazine rack are a great fit for the noir era.

Perhaps film noir’s most iconic element is the quintessential venetian blind. Directors framed actors behind their prison bar-esque shadows as a way of signifying their compromised predicament. Nowadays any noir-inspired home would be incomplete without their light-filtering appeal.

Noir started out as a low-budget portrayal of America’s seedy 1940s backstreets. It gave birth to an edgy and timeless style that directors and designers still turn to today. Combine vintage and Deco-inspired pieces, deep contrasts in colour and shade and carefully planned light and shadow, to give your home a taste of the mean streets.

Oliver Smith works for Wooden Blinds Direct, based in Wakefield, West Yorkshire. The company is both a manufacturer and retailer of wooden and aluminium venetian blinds.

Feeling inspired to redecorate one or more rooms in your home? Get expert advice from one of our qualified and approved painters and decorators to give your home a new lease of life. 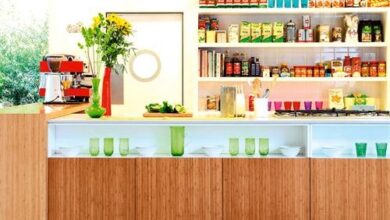 Tips for a greener lifestyle 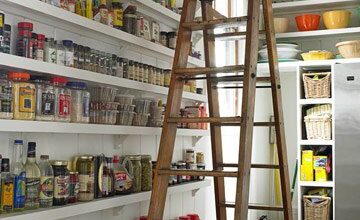 The pantry is back – say good bye to the fitted kitchen 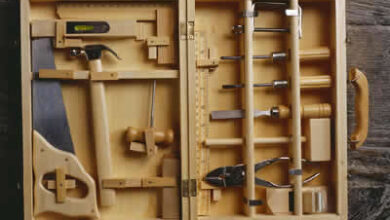 Advent calendar Day 7: get them rated in time