When you’re viewing a property for the first time, it’s easy to get caught up in how it looks. The owner’s taste may be similar to your own, so you fall in love with the sofa and four poster bed and picture yourself living there immediately. While this can be a good sign, remember that some or all of those items can move with the owner. The most important thing is to ensure that you know as much about the property as possible before you put in an offer. That way you won’t have any nasty surprises when you move in, or end up living with a minor grumble that builds into a major annoyance.

Keep these questions in mind to help you be more inquisitive when you’re viewing a property… And remember, don’t forget to enquire about the general area including what your neighbours are like and noise levels too!

1) Does the brickwork look worn or cracked?

If so, this could point to an underlying structural problem which needs investigating. If the brickwork’s been rendered, it might be that the render has caused moisture to be trapped within the brick.

You’ll need to turn the taps on in the sinks, run the shower and flush the toilet to judge this for yourself. Check to see if the water is quick to heat up when you turn on the hot tap.

3) When was the boiler last serviced?

If the boiler hasn’t been serviced within the last 12 months, you’ll have no way of knowing if it’s likely to cause you problems. This is particularly important with older boilers. In this case, I’d suggest asking for a service to be carried out before you purchase the property.

4) Where are the sockets placed?

There’s nothing worse than finding out that you don’t have enough sockets in crucial places, or that they’re placed in awkward locations around the home. A socket is useless if it’s hidden behind the one place that you’ll need your sofa to fit.

Think of your possessions and how much storage space you’re going to need. Is it important for you to have easy access to a healthy loft space? Of course, it’s a good idea to check the wardrobe space while you’re there too.

6) What is the current condition of the roof?

Roofs tend to last for anywhere between 15 and 50 years, depending on the material that’s been used. Ask for the year that it was built. If it’s an old roof, chances are it will need future work which can be quite expensive. You should check for visual signs of a wearing chimney – missing tiles and wonky chimneys.

7) Is the guttering in good condition?

It can be a bonus viewing a property when it’s raining as you’ll be able to check if the gutters are leaking. Just like you would the roof, ask when the drains and guttering were installed and check to see if the fascias underneath the roof seem to be in good condition.

8) Have there been any damp problems and are they ongoing?

Keep an eye out for warning signs such as peeling wallpaper, mould on ceilings or walls (especially in the bathroom) and a musty smell. If you can’t see any obvious signs, don’t be afraid to still ask the question as it’s easy to hide mould underneath a dab or two of paint.

9) What security and safety measures are in place?

Look out for smoke alarms, flick light switches to check the electrics and enquire about the condition of door locks. If there’s an alarm system, don’t be afraid to find out why. Extra security is brilliant but as they’re pretty uncommon in England, it could be that the property is in a high risk area which could help solve any location doubts.

Check that the windows can be opened and shut easily and that the frames are robust.  It’s also worth asking if the windows are double (or triple!) glazed so that you not only know how secure the home is but how much it’s likely to cost you in heating bills in winter.

10) Are there any problems that I should know about?

This is the ultimate of questions as estate agents and owners are legally obliged to tell you of any underlying issues if you ask. Those 9 words could save you snapping up a home that’s less of a bargain than you first thought. 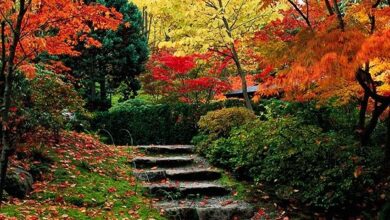 Avoiding tree damage – do you need a tree surgeon? 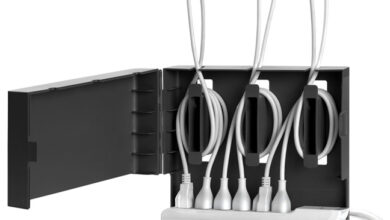 Trust the pros when it comes to major work, says expert